Travelling with pets can be a fun experience for both animals and owners but making sure our pets are safe in the car is something that is often overlooked for both long and short trips. Here are a few tips to make everyone’s car ride safer and more enjoyable...

It's the time of year where the routine is forgotten, and in its place is the frenetic holiday season with parties, visits with loved ones and overindulgence in food. Although this time is often the period of festivities for us, it is often the time for stress in our companion animals.

Why Do Cats Scratch?
Scratching is a natural, normal, and necessary behavior in cats. Your cat does not scratch to upset you or to be spiteful in damaging your furniture. Scratching is a form of communication and often your cat will do it during times of stress and anxiety. It’s

Did you know that cat litter was not developed until 1947? Prior to that time, cats always eliminated outdoors in either sand or dirt. Since then many cat litters have been developed and marketed to humans, primarily answering the desires of humans.

When you are deciding on litter 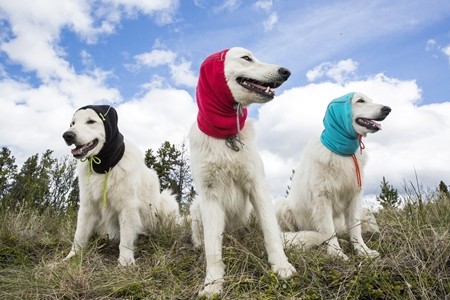 What is the dog snood?  It is a both a scarf and a hat for your dog.  It keeps their neck and ears warm in very cold temperatures and/or on windy days.

If your dog has thin skin or floppy ears, the snood is ideal as it protects the ears and neck.  It can be worn

Are you confused about all the conflicting information about pet foods? Have you tried different diets for your pet and still not sure if that is the right diet? Do you want to have more control over what you feed your pet?

When we opened our doors on January 23rd, 2013, we had high hopes for our new clinic, but what we didn't know, was that 4 years later, we would be welcoming our 10,000th client! It is the clients that have chosen us, that have helped make our clinic what it is today. We have taken 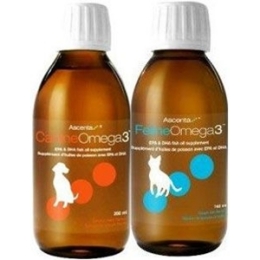 Sometimes owners have no idea when we find a problem prior to going into surgery. Sometimes the problem is only found during the surgery.  Common examples would be finding parasites (my animal does not fleas – he must have got them from YOUR clinic), hearing a heart murmur (I was told it was only small by my vet), pregnancies and infected uteri (she only went outside once/oh, is that why she has been licking a lot?) are just some things we deal with.  The problem is, I have never met these clients, they are cost-concerned, so somehow taking the time to explain all of this and come to a solution which is safe for the animal, is challenging.  This is why low cost is low cost, and those who can afford a proper relationship with their veterinarian should do so.

We have been dealing with the Animal Protection Unit for years for Kahnawake. Every 2 weeks, Deidra transports us dogs and cats having convinced members that spaying/neutering is the thing to do. Overall, things go smoothly, and we have only had a few of the above complications. However last week was an exception. 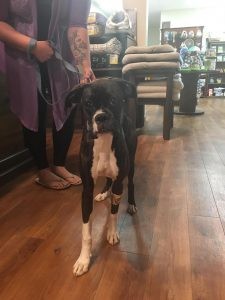 Brindle is an 8 month old boxer, who when examined, was noticed to be slim. Apparently a picky eater, I thought little of it – boxers can be slim. However, when I opened her up, and was trying to find her uterus, something struck me as odd. First, her omentum was darker color, and then secondly, there seemed to be an abnormal amount of free fluid in her abdomen. Now one of the things that I am renowned for is doing spays with a very small incision. So I asked for a smear of the fluid, and finished the spay.

Unfortunately, the fluid contained white blood cells and bacteria, indicating contamination of the abdomen, or some sort of peritonitis. I had to break out of surgery, and get on the phone with the owner.  A little more history indicated a month of “not doing well” and “sometimes not eating” but no major abnormalities were noted on physical exam by the vet who had seen her.  Once again, I had to explain to someone who has never met me, that instead of doing a routine spay, I need to open up his dog from sternum to pelvis and do what is called an exploratory laparotomy.  It was no longer going to cost $160 but considerably more! I was assured that there was no possibility of eating bones or sticks, and I agreed that if it was non-operable, that I would call him during surgery. 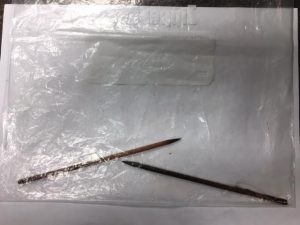 When doing low cost spay/neuter sometimes you are limited for time.  So a complication such as this will affect the other animals awaiting surgery, cut into my dinner break, and likely make the evening consultations late.  But hey, this is why I am a vet!  So explore we did, and almost immediately I found a perforated stomach with a shish kebab stick poking through. I was demonstrating to some students, so we removed the stick, sewed up the stomach, and I thought, aha, the problem is resolved. However, being in teaching mode, I explained that you always need to examine the whole abdomen even if you think you have found and fixed the problem, and not be short-sighted. As we exteriorized and examined the length of the intestines, by some piece of luck my hand was by the kidney and I felt something hard behind the kidney. I explored a little further, and sitting behind the kidney free floating was a second stick!  This one had obviously migrated out of the stomach and finally stopped in this position, where the body had held it prisoner.

Amazingly enough, the dog decided to live, and was eating with appetite the next day despite my guarded prognosis. If the animal had not come in for surgery, she likely would have developed a much more severe peritonitis, and possibly not have had as good an outcome.  It was just luck.  As for how this happened, the owners have no idea when she ate the kebabs, but it was at least a month ago when her “ADR” (ain’t doing right) symptoms were occurring. The lesson learned is that if your dog is not doing well, keep pressing. There is usually an explanation – and may need further investigation.  I have always been an advocate for insurance – especially for the first year of your pet’s life. They seem to get into trouble with all kinds of things.